Last week, Gbanga has presented their games Bumble Bee and Gbanga Famiglia II: Rise and Fall at the Tokyo Game Show in Japan.

Many Japanese and international visitors were looking at our game demos and some of them even tried to play our latest game Bumble Bee, a walking game that incentivize players to actually walk on a 5×5 meter area to move a bee on her virtual flight from one honey comb to the next.

Game experts and international publishers were really excited about our upcoming mixed-reality title “Rise and Fall”, the sequel to location-based game Gbanga Famiglia. Interested readers can sign up today to claim their territory in the initialisation phase of the game. 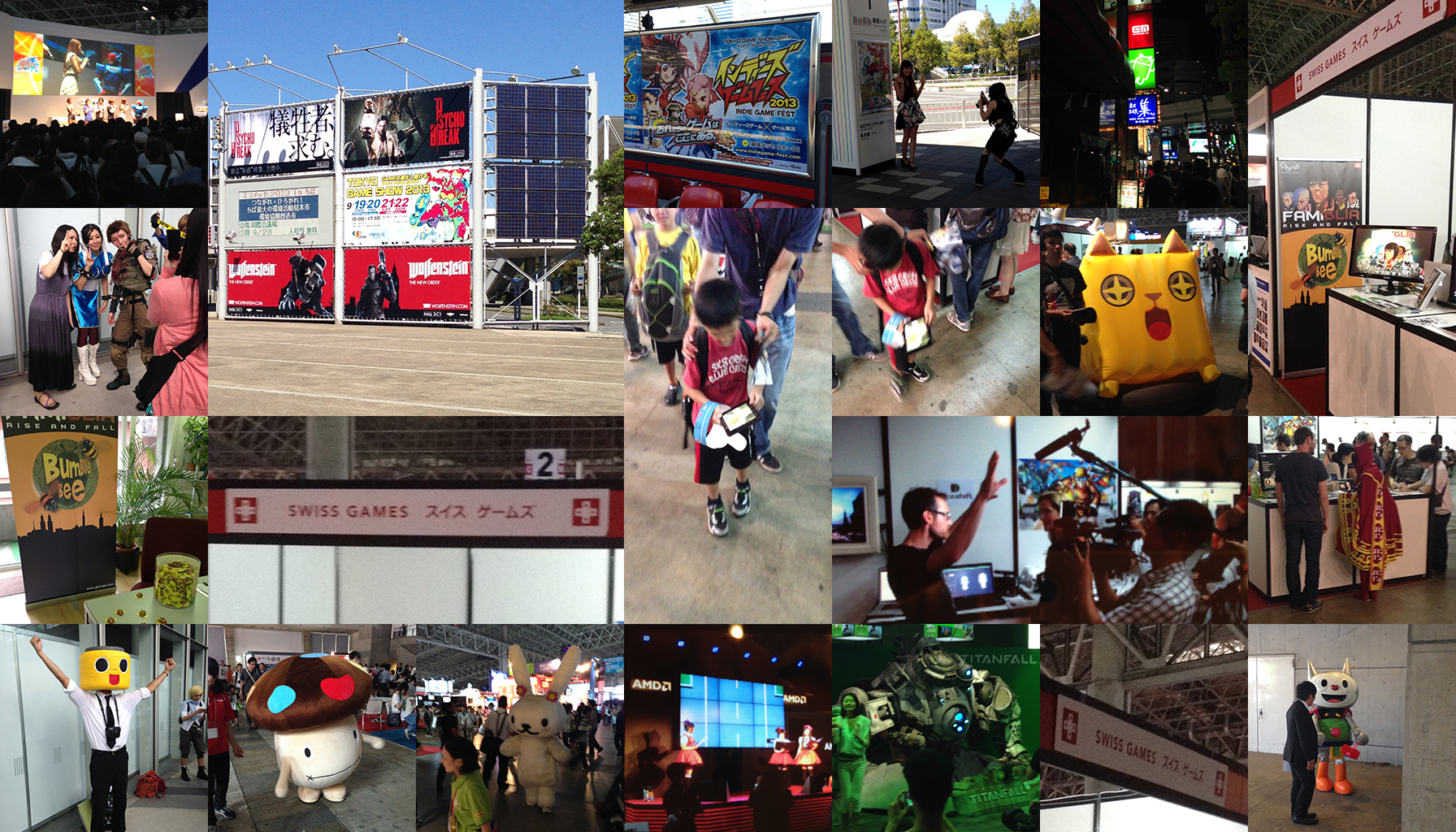 Switzerland as technological innovator in the game space

It was interesting to see that the Tokyo Game Show consisted of huge booths presenting ordinary game versions of famous brands and series. Maybe it’s why many TV stations and journalists visited the Swiss booth which was packed with innovation, novel game play ideas and cutting-edge technology. This was also underlined by the great news that Swiss game designer Mario von Rickenbach’s game «Mirage» won the«best experimental gameplay» award at Sense of Wonder Night at Tokyo Game Show.

Thanks for your support!

Together with several other Swiss game companies (EverdreamSoft, Faceshift, apelab, GangoGames), Gbanga shared the “Swiss Games” booth which was generously supported by the Swiss Arts Council Pro Helvetia, the City of Zurich and AlpICT, the ICT cluster of Western Switzerland. The Swiss Embassy in Tokyo was onsite as well. Many thanks for the support! We really appreciated it.