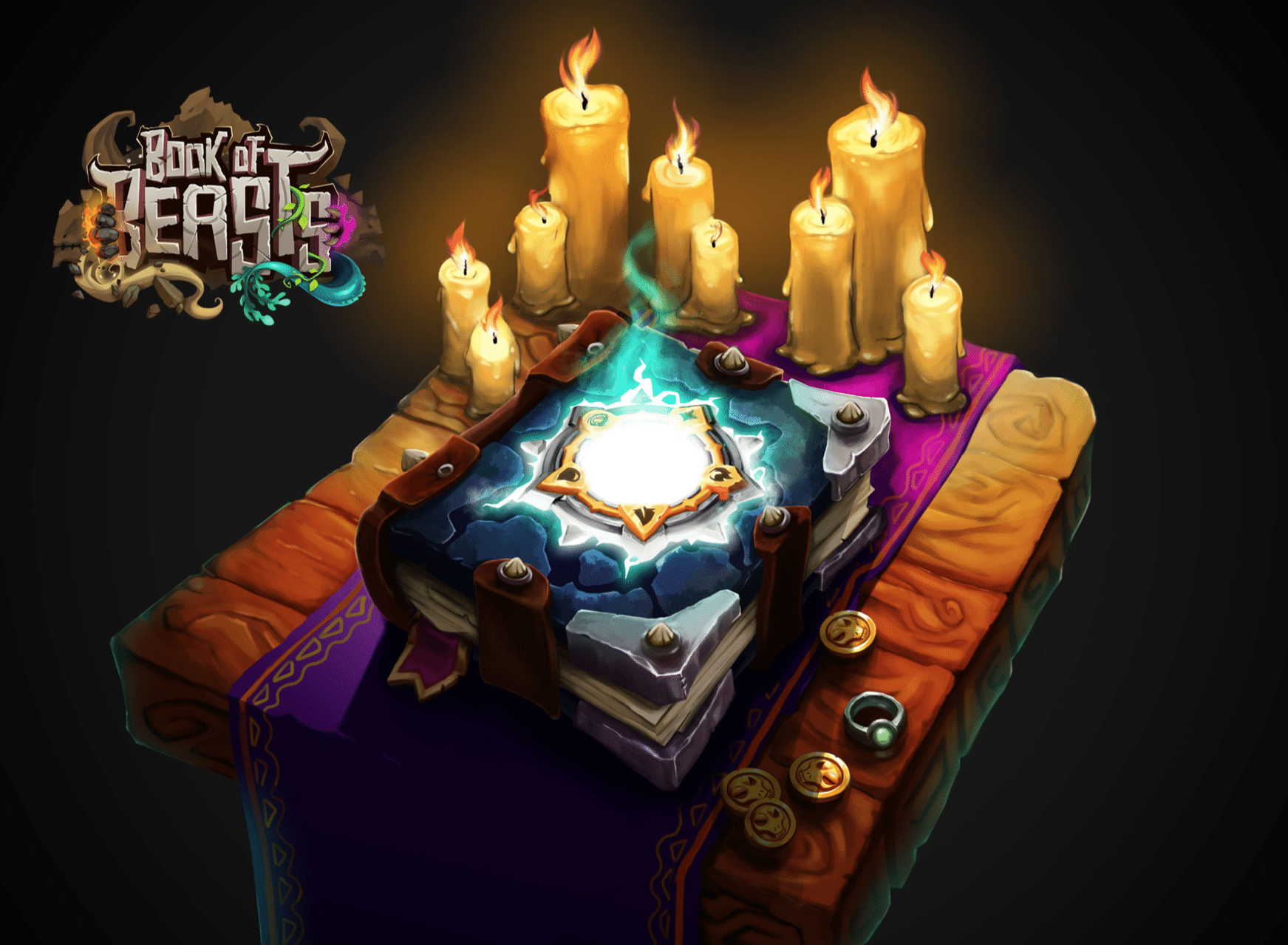 Book of Beasts, the strategic collectible card game where you tame mythical beasts in online battles and cast spells to outwit each other with tactical decks.

Book of Beasts, the strategic Collectible Card Game, is played by placing Beast Cards, depicting the titular beasts inspired by mythical tales from around the world on a battle field where two beast summoners try to outwit each other with their card decks. In the game that targets a mid-core audience, players score points by smartly connecting the five elements Fire, Water, Air, Earth and Spirit.

The app allows players to participate in online battles against opponents across the globe as well as AI challengers for training purposes. The experience is rounded up with functions for selling and buying new Beast Cards and an extensive card collection tool where players can create their own decks as well as dive deep into the lore of Book of Beasts.

All cards played in a turn must be placed next to each other.

Symbols can only be connected to the same symbol or blank edges.

Played with a deck of 20 cards

Start of the game: each player draws 4 cards

End turn: fill up your hand to 4 cards if you have less

Each new symbol connection awards points according to the lower of the two symbol values.

If at least 3 different symbols are connected in a turn, the player gets 2 bonus points.

If all symbols on a card with a stash marker are connected, the player gets the score indicated on the stash symbol.

End of the game

Instant effect, no longer valid after the turn

Lasting effect for all players. Active until a new lasting spell card is played.