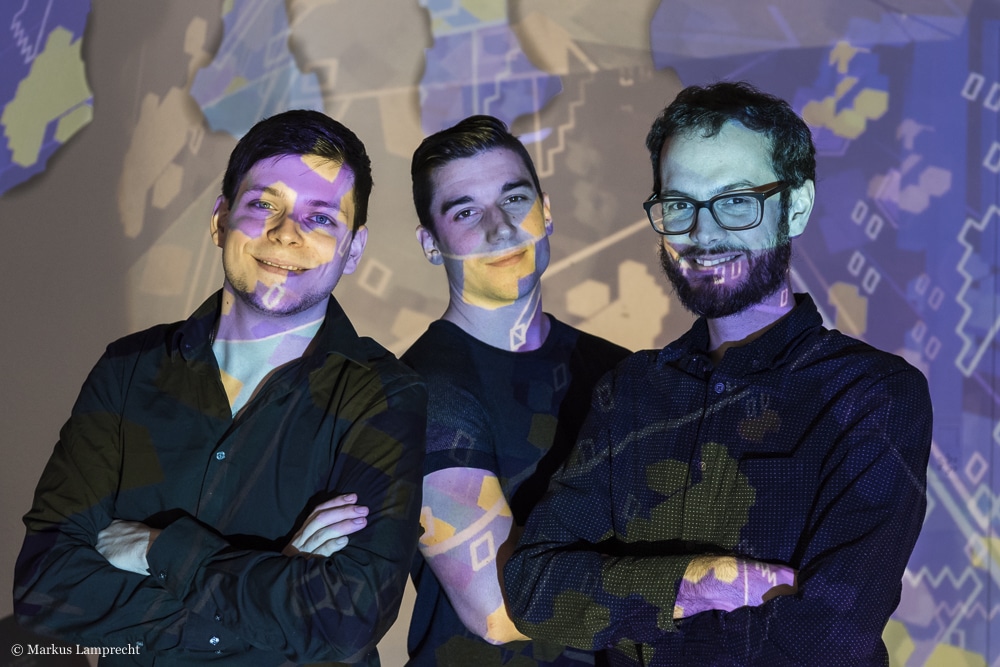 By GbangaWednesday September 7th, 2016No Comments

Mixed-reality games on the uprise: In its 10th year of operation, game studio Gbanga strengthens its focus and welcomes Robin Bornschein and François Lachausse as partners to its management.

François Lachausse (CTO), programmer graduated from HEIG-VD, has been creating games for three years at the company. François proved his outstanding engineering capabilities in challenging server logics in real-time projects such as Gross. Stadt. Jagd. and Galaxy Invaders VR with world-class availability and scalability.

Together with Matthias Sala (Founder and CEO) the two new partners build the management of Gbanga.

With its mixed-reality games Gbanga brings the real and the virtual world together. For over ten years its innovative games have been awarded around the world. Gbanga works for clients such as ABB, BMW, IKEA, Mercedes-Benz, Pro Juventute and Samsung.

A selection of mixed-reality games by Gbanga:

A complete list of games can be found on the Portfolio page.

Interested in working with us? Apply now for one of our open positions!